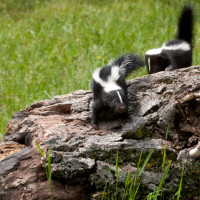 Skunks are probably the most despised neighbors we could have, thanks to the vile odor they give out when confronted. However, there are several other reasons that actually not only make skunks despicable, but even dangerous.

Here are a few reasons to keep skunks away for good, from you, your family, your pets, and even your property.

For starters, the odor itself has the potential to induce the Skunk Toxic Shock Syndrome in pets, a syndrome that sets in when an animal is trapped in an enclosed space, mostly underground, when up against a skunk. The odor, when concentrated due to the small space, triggers the syndrome.

Skunks have the potential of spreading one of the most dangerous diseases human beings have known – rabies. In fact, in the US, skunks are the most common carriers of the disease after bats, and are therefore carry quite a risk to humans as well as pets.

When confronted, skunks usually give out the odor they are infamous for and that’s enough to ward off attackers. However, in some cases, if the intruder gets too close for comfort, skunks bite too and this bite has the potential to carry the rabies virus.

Apart from the bite itself as well as the risk of rabies, there are other diseases that skunks can carry too. These animals are carriers of the Baylisascaris Columnaris, a dangerous type of roundworm, which can enter a pet if it happens to feed on the feces of a skunk. Children too are susceptible to induce this roundworm if they happen to be playing outside.

Other diseases that skunks are capable of carrying include Leptospirosis, Tularemia, Canine Hepatitis, Listeriosis, Q Fever and Canine Distemper.

For these reasons and more, skunks are quite dangerous creatures, and calling upon a skunk removal team as soon as you spot one is one of the safest ways to deal with them. 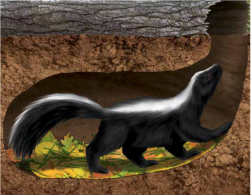 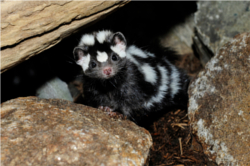 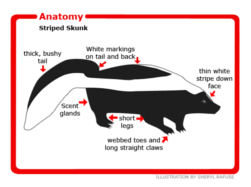 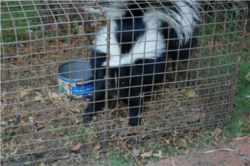